Trigger finger is a phenomenon where patients find it tough to move the finger freely. Depending on the stage of disease it may start as pain at base of finger, feeling of a bump at site of pain, need of excessive force to either bend or straighten the finger or even fingers getting locked in one position. The exact cause of this disease is still unknown, it has been found to be more frequent in diabetics. The mechanics by which this happens is as follows. Normally the bending muscles of fingers pass through a tunnel like structure starting from base of fingers to almost tip of fingers. This tunnel [called flexor sheath] is necessary for optimum function of muscles. However in trigger finger the opening of the tunnel becomes thicker with less space than normal for muscles to pass through. This leads to friction of muscles against the walls of tunnel everytime finger needs to move, causing triggering. This thickened opening  of tunnel can be felt as a bump at base of finger. In early stages treatment is usally by oral medicines, splinting or injections under this tunnel to try and smoothen movement of muscles. When none of this gives satisfactoy response, a small operation to open the roof of this tunnel becomes necessary for free movement of fingers. The following video demonstrates a case of trigger finger undergoing the necessary operation. For more information book appointment. 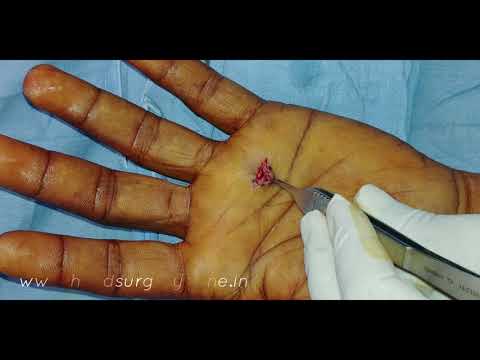 Did you find this topic helpful?  Yes   No
View All Topics
×
prev next
prev next
?
Ask Question
AboutMyClinic
SmartSite created on AboutMyClinic.com